Now you could get designer babies or you could get rid of intractable diseases thanks to a truly revolutionary technology that is allowing scientists to rewrite the genetic code with the aim of modifying DNA in effective ways which could ultimately erase the existence of disease-causing genes. Should gene edit therapy restrict itself to fixing the sick only or should it also make modifications that would be inherited by future generations? Numerous ethicists and scientists from across the globe have held discussions lately debating the boundaries and limitations of human genome editing.

Genome editing is a kind of a cut and paste biological tool which could allow researchers and scientists to identify gene defects in living cells and get rid of them effectively. Many believe that it is a society-altering decision to adopt gene edit therapies. Some of you may question if it is ethical to alter a gene in the human embryo. However, one simply cannot undermine the promise for innovative treatments and the fact that genome editing could open up whole new horizons for the world of medical treatments. Many researchers are of the opinion that there should not be any sort of ban on basic gene editing study and research in human embryos as that could hamper vital discoveries. In fact, scientists should look for an apt middle ground. Let us take a look at the science of gene editing therapies and the controversy surrounding it.

Must Read
5 common diseases in the United States of America.

The benefits of Indian Gooseberry on Skin and Hair

Bidet – Leave This Taboo in the Past

Bidet – Leave This Taboo in the Past   Invented in the 1700s in the beautiful country of France, bidets Read more

The truth about weight loss

Sad, but it is true that nothing short of correct eating and adequate exercise can bring about fat loss. Note Read more 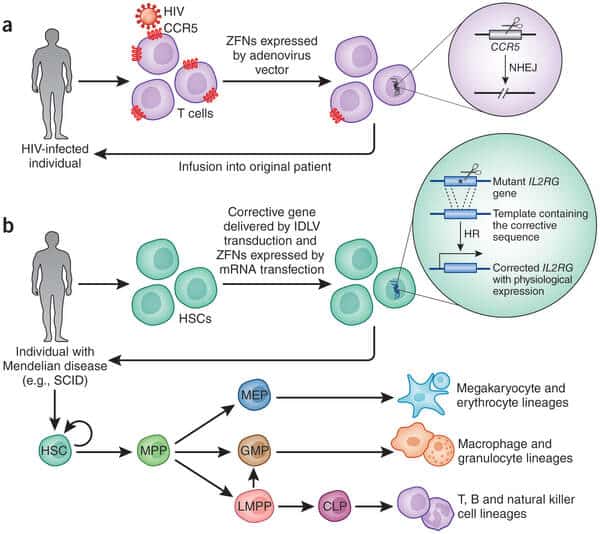 What Is Referred to as Gene Editing?

Scientists have previously been able to identify defective genes but fixing them has always been very challenging and truly cumbersome. With the help of genome editing, today scientists are able to target a DNA piece and using molecular tools which act as scissors are able to effectively cut off or delete a flawed or malfunctioning gene, repair it or replace it even. There are a few older techniques but the latest tool known as the CRISPR-Cas9 is being used by laboratories all over the world as it is cheaper, faster and convenient to use and only minimal training is required for using it. The main reason, however, for its popularity is that it allows modifying of multiple genes at one go simultaneously.

What Could the Genome Editing Therapy Treat?

The biggest advantage of using this therapy is for rapidly engineering animals with disorders identical to humans for basic research purposes.

Just in the same manner as bone marrow transplants, today researchers are hoping to use CRISPR in treating diseases such as sickle cell, rectifying the flawed gene in one’s own blood-producing cells, instead of implanting donated cells.

Doctors based in Britain have recently treated a one-year-old child suffering from leukemia by utilizing donated immune cells which had actually been experimentally modified with a previous editing technique for targeting her cancer. A California-based company has been testing a non-CRISPR method of making the immune cells of HIV patients capable of better resisting the virus. The University of Massachusetts has successfully used a CRISPR method for switching off, instead of cutting and repairing, a gene present in muscle cells which triggers a kind of muscular dystrophy.

What Is the Greatest Obstacle?

Safety is the key question as gene editing cannot always guarantee utmost precision. You simply cannot rule out accidents. Instead of getting rid of the targeted malfunctioning cell, one could accidentally cut off DNA that seems similar to the actual target. There are chances of fixing an existing issue in modifying blood cells and sparking up another problem. So, enhancing the degree of precision is the key and scientists are relentlessly striving for utmost precision.

“Germline Engineering” as it is being called now, or the altering of genes in eggs, sperm or embryos to create a long-term ripple spreading across future generations may be able to eradicate inherited congenital diseases entirely. Last spring, the first attempt at editing human embryos was reported by a group of Chinese scientists who used leftover embryos from fertility clinics which under normal circumstances would not have developed into fetuses. The project originally tried to correct an inherited gene but shed light on a number of related problems which will need deeper research.

Moralists all over the world have voiced concerns, however, that this technology crosses lines which must not be crossed. Firstly, the question of consent for this human experimentation is out of the question, as future generations cannot provide consent. Any long-term issues may not surface before a few generations either. Furthermore, in the wrong hands, the technology could be used to do much more drastic changes than simple medical cures, going against the natural order.

The world is still far from the day an altered embryo can be implanted for a proper pregnancy and delivery. There is, however, scope for other projects in the field. British researchers have moved for permission to modify human embryos to study early stages of development and understand possibilities of miscarriage and other issues.

Author Bio: Martin Queen is a medical researcher in New York. He has specialized in biotechnology and is presently conducting research in gene editing therapies. He keeps records of all breakthroughs he makes on his blog.

Tips to Avoid Naysayers and Prepare Perfectly for Competitive Exams

The Truth About Pain Thresholds