Unfortunately, disease is a fact of life. You may have a friend, family member, or you may suffer from one of these common diseases. But if you want to help educate the public about a certain diseases, show them this list so they can learn not only about one disease, but about other common diseases. 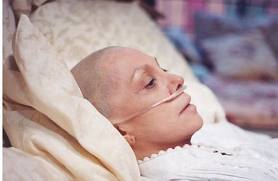 According to World Health Organization, heart disease is a condition that has the highest mortality rate globally, accounting for 30% of world deaths. But did you know that something as simple as a glass of red wine can help lower your chances of developing cardiovascular disease? Red wine contains a high amount of antioxidants like resveratrol and flavonoids which have been shown to promote healthy clotting and beneficial cholesterol. White wine does not contain the same heart healthy benefits because it contains a higher sugar content than red. So enjoy a glass of red and keep your heart happy and healthy.

Diabetes is a disease in which the body is no longer able to regulate it’s insulin production. Differentiated by Type 1 and Type 2, diabetes can affect the young, the old, pregnant women, almost anyone. But did you know that diabetes is the leading cause of blindness in adults and that Type 2 diabetes does not even exhibit symptoms? The most interesting fact about diabetes is that if someone is at risk for Type 2 (the common type) moderate weight loss and exercise can eliminate the risk.

Pneumonia is a very common lung infection that can develop from a multitude of factors like previous illness and environmental influences. When people think of pneumonia, they just imagine a really awful cold with the coughing and chills. This is true but magnify by about  1000%. Pneumonia is a lung infection, but did you know that left untreated you may be putting yourself in a dangerous situation? During the worst parts of the infection, your lips and fingers can even go blue because of the lack of oxygen in your lungs. Make sure to follow the antibiotic regimen to the letter and try to rest as much as possible (the fatigue alone will make you want to).

Did you get your annual flu shot? If not, you might want to hurry to your doctor and get one. Do they remove all chance of you getting a cold this flu season? No, but they can reduce your risk and that’s worth trying. Some of the best things you can do for yourself when you are experiencing the flu is to exercise, get sleep and try to drink lots and lots of fluids. But did you know why flu shots are so highly advertised today? In 1918, there was an influenza epidemic in the U.S. that killed more people than World War I and was so severe that it decreased the American life expectancy by 10 years. So to avoid another devastating epidemic, doctors always recommend getting your flu shot.

Alzheimer’s is one of the most devastating diseases known today because of it’s degenerative nature and the emotional response that families have toward learning that their loved one suffers from it. Roughly 5 million people suffer from Alzheimer’s and that figure is expected to triple by 2050. But did you know that a common symptom of the disease is known as “sundowning.” Sundowning is a symptom that displays itself during the late afternoon and sun setting hours, showing increased agitation and forgetfulness. It is not known why this happens but some theories suggest that dementia aggravates the natural circadian rhythm of the body so the relaxing response to the end of the day does not happen for Alzheimer’s patients.

Depression is a multifaceted disease that presents in a number of ways. Commonly, it is a hormonal balance that exhibits with sadness, loss of interest or mood swings. But did you know that 6.5 million Americans over the age of 65 suffer from depression and less than 10% receive treatment? The reason for this statistic is likely because older adults do not present the same symptoms of depression that younger people do. Instead of sad and weepy, older adults can become irritable and angry.

Insomnia is a mental condition where the ability to fall asleep and stay asleep has been disrupted. Going without sleep is dangerous to cognitive function and physical ability. Going 18 hours without sleep is the equivalent to a 0.05 BAC.

Parkinson’s Disease is a brain disorder which affects the motor skills. Television star Michael J. Fox has been a pioneer in educating and finding a cure for many years. But did you know that men are almost twice as likely to develop Parkinson’s?

Huntington’s is a hereditary disease that causes the nerve cells to degenerate. If a family member has the disease, than any child has a 50% chance of developing it as well. Before, there was no way to test it, but did you know that now DNA can be tested for the gene that carries the disease.

Meningitis can present in both the bacterial, viral and fungal form. Bacterial meningitis is the most deadliest form of the disease and affects children under 5, young adults between 14 and 25, and adults over 50. If you make a recovery, there is a chance of developing deafness and blindness later on. Be sure to get vaccinated if you can.

This article was written by M.G. Bachemin in association with Doctors Imaging, a radiology group in Metairie, LA.